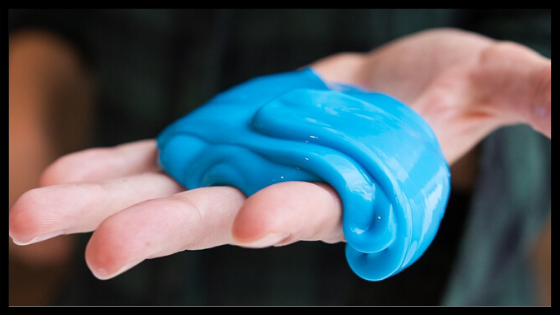 Slime was introduced back in 1976 by none other than Mattel. It is non-toxic and can be used by children to play with no worries. Mostly it is famous for its satisfying videos on Instagram and YouTube that helps people relax their mind.

So let’s learn some interesting facts about slime and how you can made it in your home.

#1. Why Slime videos are so satisfying and relaxing

First, we have to know the meaning of ASMR ( Autonomous Sensory Meridian Response ) or AIHO ( Attention Induced HeadOrgasm ).

Slime videos can evoke ASMR or AIHO which is a deeply relaxing and comforting feeling usually accompanied by tingling sensations in the head that travels down to the spine and the limbs and this is why it is so soothing to watch.

People suffering from insomnia which is a sleep disorder can use ASMR videos to fall asleep because it is so relaxing to watch, it can ease their mind to falling asleep.

People are actually making money using slime as their main content. Teenagers often make ASMR videos of them putting their hands in slime or playing with it, then they upload it on YouTube and Instagram which makes them hefty money with a negligible investment of money.

If you wanna check out how their videos look, you can search #slime on Instagram. Slime videos usually get around millions of views and if you wanna work it out yourself by making videos of slime, you should go for it and see how it goes.

It all began with one of the biggest toymakers in the world, Mattel. They introduced it in 1976. It was green in color and resembled a booger like substance which is what made it more popular with kids, I mean what is more interesting than a toy that looks like boogers.

Slime is made up of borax and guar gum. Since then Mattel has sold so many toys affiliated with slime and still making millions of profits.

#4. How to destroy the slime

It is not hard to destroy the slime, it can easily be done with vinegar. Vinegar will completely dissolve slime, try it yourself.

Technically, no law says slime cannot be used to play or to have but there is a law against an ingredient that is used in slime, it is called Borax.

Borax is banned in Germany as it is believed that it has a connection with infertility. In Germany, you will not find any products that have borax in it. So nobody can buy slime even from online stores.

There are over 18 plus slime in the world. You can make different types of slime by playing with its ingredient and some of these are

#7. How to Make Slime at Home (Homemade Slime)

Slime is a cross-linked polymer and is classified as a Non-Newtonian fluid which means it is both solid and liquid. Now, this is what you are so let’s get down to it, you will only need 3 ingredients to make it and all the ingredients are easily accessible.

You will need these ingredients to make it

#1. Get a Bowl to mix all the ingredients in.

#3. Then add 1/2 teaspoon of baking soda and mix it, then add 2 or more tablespoon of water in it.

#4. Now add contact lens solution in it but do it slowly and also mix it while you pour it. Be sure to check how much you pour the solution, You should only add about 2 teaspoons of it.

#5. Now mix all of it until it forms a slime and, take it out and knead. You have to knead a lot to make it in slime. Before kneading put the lotion in your hands.

Its Done, Now play with it, make videos with it, or play a prank with it. It’s all up to you.

*Note: Adults should handle any chemicals and products*