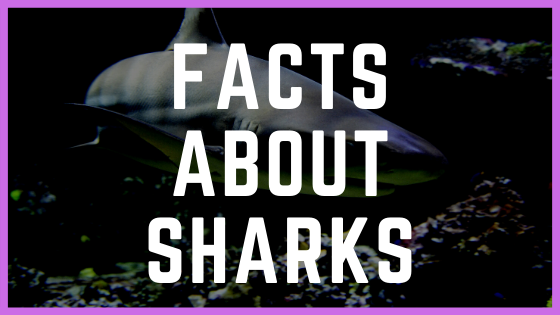 Sharks are one of those creatures that are dangerous as well as majestic. Sharks while looks amazing can be dangerous as it is considered the most dangerous fish in the ocean.

If you have an interest in Shark or just wants the information for a school project, then check out these amazing facts that we laid out for you.

These are the 25 most interesting facts about sharks:

#1. Sharks have to constantly swim because if they stop swimming, they will sink on ocean. This is the case for more than 2 dozen sharks including the great white, the mako shark, and the whale shark but some sharks don’t have to swim constantly to live. Buccal pumping is the process these sharks use. -Source

#2. A Shark can live up to 2 months without the need of food. In research at Isla Guadalupe, Mexico they found that sharks can control the acidity in their stomach. It means that if they have enough food supply the amount of the acid and acidity was high and when food was scarce the amount of acid was low. -Source

#3. There are a Vegetarian species of sharks. Yes, you heard me right as peculiar as it sounds it is true, a team of American researchers from the University of California and Florida International University just discover a new species that feed on seaweed and they can digest it without a problem. The vegetarian sharks species are known as the tiburo hammerhead shark. -Source

#4. Shortfin Mako Shark is the world’s fastest shark in the world and it can swim faster than the great whites with the recorded speed of 60 mph (96 km/h). Shortfin Mako can cruize through the water because of its torpedo-like shape and an extremely streamlined body. -Source

#5. Whatever these movies tell you it is not true that a shark can smell a drop of blood from miles away. A shark can only smell one part per 1 million of the water that is not even qualified for an Olympic size swimming pool. -Source

#7. All sharks are not that big as you assume from the movies there is a species known as Dwarf Lantern Shark (Etmopterus perryi) and it only measures 20 cm if fully grown. -Source

#8. As you know sharks have been around for more than 400 million years, it is thought that almost 10 species of them used to exist. One of the earliest species of shark was the size of around 1.2 meters and it is known as Cladoselache. -Source

#9. The infamous Megalodon Sharks were just extinct around 2.6 million years ago. They were about 12 to 21 meters in size bigger than T-rex and the largest shark predator in history. -Sources

#10. Any Knowledge of ancient sharks that we have now has come from the teeth and the spine and not the bone of the ancient sharks because sharks have a cartilage skeleton and it does not fossil as bones do. -Source

#11. Sharks are the top of the food chain in the ocean and they directly impact all other marine life below them. Sharks also protect the reefs in the ocean from other predators to maintain the ecosystem. They also keep the ocean clean from the dead bodies of whales or other fishes by converting to a scavenger and eating them maintaining the cleanliness of the ocean. -Source

#12. Humans are the shark’s biggest predator, as they are the top of the ocean food chain no one considers that they can be hunted by other fishes but there are some cases when killer whales, seals, and giant octopus have been known to eat sharks. -Source

#13. Humans are not their natural prey and even when a shark attacks a person they swam away after realizing it swims away. You have a better chance to get killed by a falling coconut than gets fatally injured by a shark. Roughly around 150 people are killed by the falling coconut but only an average of 6 people gets injured by the sharks. -Source

#14. You can only hide from a shark if you stand directly in front of the shark’s snout and its tail because of its 360 degrees wide sightline they have only 2 blind spots. -Source

#15. Sharks are one of the most important species on earth as they have survived 5 mass extinctions including the one that killed the dinosaurs just 65 million years ago. Sharks are around in the ocean for more than 400 million years and the shark you see today has not changed for over 150 million years. -Source