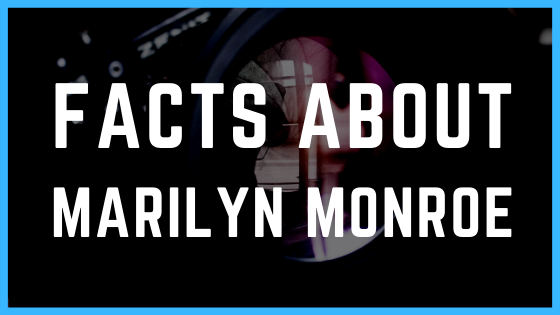 #16. She was found dead in her home at 12305 Fifth Helena Drive in Bentwood, her body was naked, she was holding a phone and was face-down on her bed.

#17. Monroe was hard to co-star with because she used to take a lot of time just to do a simple take. She was not good with lines as well, once she took 60 takes to deliver the line “It’s me, sugar” in Some Like it Hot. Once co-actor Tony Curtis said, “He’d rather be kissing Hitler” when his kissing scene was up with Marilyn.

#18. Many conspiracy theorists claim that Marilyn was killed by someone but when investigated by authorities, they have said that she most likely committed suicide or over dozed her self with 40 pills as mentioned in this New York Times article.

#19. Marilyn Monroe was very serious to make her acting skills much better so others will take her seriously. She had worked with acting coaches throughout her career, she had a serious attachment with her first acting coach, Natasha Lytess, she worked with Monroe for almost 6 years with the salary of $14,000.

She was very generous to all her acting coaches as she used to pay them as much money as other actors were getting.

#20. The Grand White Piano that Marilyn used to own was bought by none other than Mariah Carey with a large amount of $662,550. It was put to auction at Marilyn’s effects in 1999.

#21. She was fired by the Twentieth Century Fox for showing late during the filming of Something’s got to give, she later got rehired by Fox on a $1 million two-picture deal but sadly she passed away just four days after her biggest contract.

#22. She was suffering from depression throughout her adult life and also had insomnia and because of this, she used to take sleeping pills with champagne whenever she needed to sleep.